Home > Bowel Cancer > About the condition 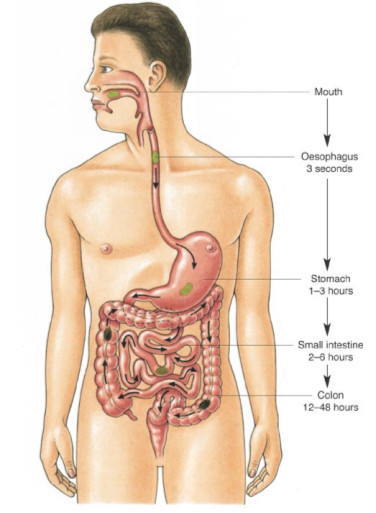 The bowel is divided into the small intestine and large bowel. The large bowel is made up of the colon and rectum.

What do the colon and rectum do?

The colon is a storage tube for solid wastes. This waste matter is held in the rectum (back passage) until it leaves the body as bowel motions (also known as stools or faeces).

What is bowel cancer?

Colorectal cancer – commonly known as colon cancer, or bowel cancer – is any cancer that affects the last section of the digestive system. This usually means the colon (large bowel) or rectum (back passage).

Colon cancer is caused by the abnormal growth of cells in the lining of the bowel. Usually small lumps called polyps begin to form. Commonly these lumps are referred to as tumours.

The growth of polyps can be harmless, these are known as benign tumours. However, these polyps can also be caused by the growth of cancer cells. These are called malignant tumours.

Polyps can easily be removed, reducing the risk of bowel cancer developing.

Who is at risk from developing bowel cancer?

The risk of bowel cancer increases with age. More than eight out of ten bowel cancers are diagnosed in people over the age of 60.

People who take little exercise, people who are overweight, and people who have a diet high in red meat and low in vegetables, fruits and fibre are all thought to have an increased risk of developing bowel cancer.

What are the symptoms of bowel cancer?

The most common symptoms of bowel cancer to look out for are:

� a persistent change in bowel habit, especially going to the toilet more often or diarrhoea for several weeks. You feel that you haven’t emptied your bowels properly after a bowel motion;
� bleeding from the back passage without any obvious reason;
� Unexplained Anaemia – Because bowel cancers bleed, you may have a shortage of red blood cells in your blood (anaemia), which can lead to tiredness (fatigue) and sometimes breathlessness;
� abdominal pain, especially if it is severe; and
� a lump in your abdomen.

These symptoms do not necessarily mean that you have bowel cancer, but if they have lasted for at least four to six weeks, then you should see your GP immediately.

Due to increased colorectal cancer screening and improved treatment after diagnosis, over the past decade there has been a reduction in the number of new cases and fewer deaths due to colorectal cancer.

Stools have been classified into seven types, on what is called the Bristol Stool Form Scale (see below), according to their appearance as seen in the toilet water. Type 1 has spent the longest in the colon and type 7 the least time.

Stools at the lumpy end of the scale are hard to pass and often require a lot of straining. Stools at the loose or liquid end of the spectrum can be too easy to pass – the need to pass them is urgent and accidents can happen. The ideal stools are types 3 and 4, especially type 4, as they are most likely to glide out without any fuss what-so-ever. Also, they are least likely to leave you with an annoying feeling that something is left behind.