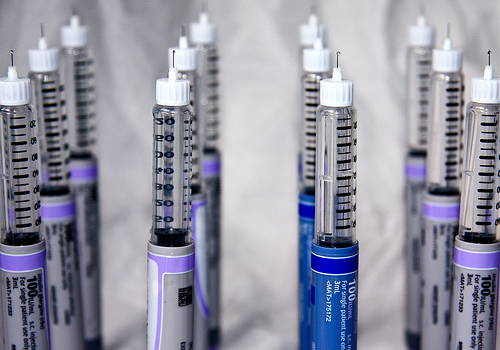 Around 2.9 million people living in the UK have diabetes, with an additional 850,000 people estimated to be living undiagnosed with the condition.

Birmingham has the highest rate of diabetes in the country, with nearly one in 10 people in some parts of the city living with the condition.  Nearly 9.3 percent of the residents living in areas such as in Balsall Heath and Bordesley Green have diabetes according to the August 2013 statistics from the Health and Social Care Information Centre.

There are two main types – Type 1 diabetes and Type 2 diabetes. In both cases the symptoms are similar and will include an increased desire to drink as a result of being frequently thirsty, feeling very tired, losing weight and muscle bulk, and needing to urinate a lot, especially at night.

Type 1 diabetes can develop very quickly, in a matter of days or weeks. Around 10 percent of those diagnosed with diabetes will have Type 1 and it often shows itself when people are in their teens or before the age of 40.

Where Type 1 diabetes is present, the body is attacking and destroying insulin supplies, which results in there being no insulin produced. As a result, glucose remains in the blood and this can seriously harm internal organs.

If you are diagnosed with Type 1 diabetes, how can you manage the condition? Health and diet are vital and regularly monitoring your glucose levels will also help.

To keep your glucose levels normal, you may need regular insulin treatment. This mainly comes in the form of insulin injections. Injections can either be given with a syringe or an injection pen.

Type 2 diabetes is much more common than Type 1 diabetes. Type 2 is also known as ‘maturity onset’ diabetes and usually develops later in life.

Where Type 2 diabetes is present, the body either does not produce the required amount of insulin, or the body’s cells simply don’t respond to the insulin, resulting in insulin resistance.

Treating Type 2 diabetes is usually achieved through lifestyle choices, such as regular monitoring of blood glucose, as well as having a healthy and balanced diet. However this is a progressive form of the disease and may eventually result in the need for medication – usually in tablet form. Some people with Type 2 diabetes will also need insulin injections.

Dr. Jayadave Shakher, consultant diabetologist at Heartlands Hospital, believes there are two ways in which both types of diabetes can be prevented: “Eat healthily and avoid eating junk food as well as high sugar foods. Eating high sugar foods can lead to obesity and diabetes. Having fresh fruit and vegetables will make a difference.

“The second way you can prevent diabetes is by exercising regularly. Studies have shown the more outdoor activities you do; the more likely it is that the disease will decrease.”

There is also one additional form of diabetes that is specific to pregnant women – gestational diabetes. This affects around 5 percent of pregnant women and occurs where there are such high levels of glucose in the body during the pregnancy, that there simply isn’t enough insulin to deal with it.

Gestational diabetes will usually develop in the second trimester of pregnancy (weeks 14-26). There is a risk to the health of the unborn baby, as well as an increased chance of the mother developing Type 2 diabetes later in life. It is important to keep blood sugar levels under control where gestational diabetes develops.

If you have a family history of diabetes, make sure you see your GP. For more advice and information on diabetes, visit www.nhs.uk.