Having experienced being a patient at Solihull Hospital for treatment related to an enlarged prostate in 2014, Joseph Figg finds being a member useful in broadening his knowledge of different ailments.  Joseph has in fact attended every health seminar this year and often comes along with his wife, Sheila, who has had both knees replaced, one ten years ago and the other three years ago.

Joseph said: “I joined as a member because I am given the opportunity to go to regular meetings and seminars where I can hear from medical personnel who specialise in their areas.  I thought it would be interesting to know how conditions are diagnosed, treated and how a patient can assist in maintaining their own care as much as might be expected.

“In attending the events, my expectations have been met and I have been able to understand a lot more about how to recognise symptoms of conditions and help myself as well as the nursing staff manage these conditions. It means if I read something in a health story in a newspaper or see something on TV, I might already know something about the topic.

“I would encourage people to become members as the meetings and events offered to members are a great source of information on the procedures available to treat them.” 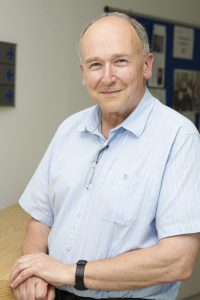 “I’m seven months older than the NHS, so feel like its big brother, and my interest in it was heightened during a pre-retirement role in health scrutiny at the interface between elected councillors and NHS leaders.  I’ve twice been carer for dying people I loved: my first wife had motor neurone disease and attended outpatient appointments at Heartlands Hospital, and my mother had lung cancer and heart disease, and stayed in Solihull Hospital while recovering from a heart attack.

“My curiosity makes me want to understand the whole NHS, and though that’s impossible, seeing it from several peoples perspective starts to give it shape. Being a HEFT member complements my other health-related roles in Healthwatch, a GP surgery’s Patient Participation Group (PPG), Solihull PPGs Network and inter-CCG working groups. I enjoy and learn a lot from attending the free monthly seminars on health topics at each of HEFT’s hospitals, where clinical experts present key health topics to the non-clinical audience and then answer questions: each seminar transforms my ignorance and suspicion into understanding and support.” 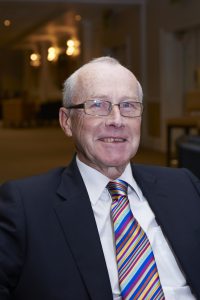 “I got involved for a number of reasons really”, says ex lead Governor, Richard Hughes.

“I was Chief Executive of a large retail Co-operative society and was due to retire in a couple of years, so was looking at how to best use this time.  This is when I considered the possibly of helping the NHS through applying to be a Non-Executive Director (NED).”

But then life took an unexpected turn for Richard when he was referred to Good Hope Hospital with possible prostate cancer, and underwent several biopsies before receiving the diagnosis that he did indeed have this cancer. From here Richard had a radical prostectomy at Heartlands Hospital and this is when he signed up as a member.

Richard decided to stand as a public governor to see whether he liked it or not and ended up standing as Governor for three terms representing Tamworth, the last two of which he was elected as Lead Governor.

Richard says: “I thoroughly enjoyed my time as a Governor and never did apply to be a NED because I found governorship so fascinating. I also found that I could bring forward the interests of my constituents from this role.

“I will be eternally grateful for the superb treatment I received in obliterating my cancer and subsequent treatment for eradicating as much as possible the after effects.” 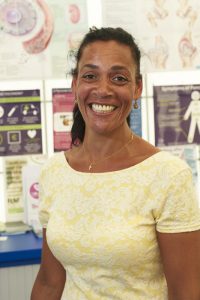 Having brought up five children ranging from aged 18 to aged 28, 51 year old Paula Jarrett  saw joining the Trust as a member as an important step to building her confidence while not in the work environment. Paula volunteered as a meet and greeter at Good Hope Hospital from 2007-2009 and has gone on to work as a carer for vulnerable adults and the elderly.

Paula found the health talks, which are free for all members to attend, are helpful and the advice has stuck with her and come in handy over the years.  As Paula says, “I’ve never forgotten some of the talks and with four daughters and a son, the things I have learnt has come in really handy. For example, I’m much more aware of the causes of sun cancer.  Talks on asthma and palliative care were also insightful.”

Caring for clients with a range of needs, Paula finds the talks along with the members Heart & Soul magazine helpful resources to learn about different health conditions.

“I think being involved in the Trust as a member and volunteer is a positive thing to do”, Paula says. 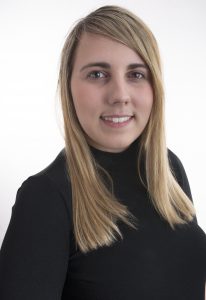 As a student studying Speech and Language therapy (SLT) in Birmingham, Nichola finds that being a member enhances her learning.  She said: “I heard about a dementia seminar held at Heartlands Hospital through a colleague. As this seminar was presented by two SLT’s, it helped me to develop my awareness of dementia and the impact it can have upon the individual and those around the individual.

“The membership scheme is ideal for students as it is free and each month I am sent information about upcoming health seminars. These seminars help to build my knowledge in an area relevant to my subject but also I am able to attend seminars hosted by other medical professionals such as surgeons, radiographers, nurses, etc. This is a great opportunity to develop my understanding about the roles and responsibilities of other professionals, especially because SLT’s may work within a multidisciplinary team.

“I really appreciate having access to this membership – the seminars are a valuable and insightful research tool.” 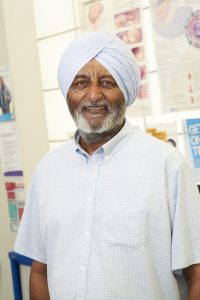 It was through friends that self-employed builder, PJ Mann found out he could be a member.  Over the past three years he has found it handy to have access to advice from consultants through attending the free health seminars.  PJ says: “I’ve thoroughly enjoyed being a member and like that by attending the health talks you can see a consultant face-to-face and listen to what they have to say.  I find it useful to be a member to benefit from the wealth of information available to members, helping me to understand how the system works.”