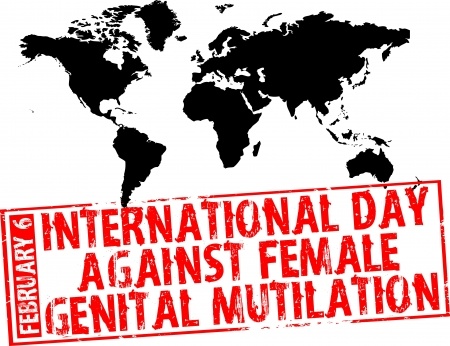 International Day of Zero Tolerance to FGM is just around the corner aiming to raise awareness of female genital mutilation and promote its eradication.

Estimates suggest that about 20,000 girls, aged 15 or under and living in the UK, are at risk of Female Genital Mutilation (FGM). 66,000 women are also living with the after effects. (source: www.nhs.uk).

Female Genital Mutilation is a term used to describe procedures that involve partial or total removal of the female genitalia for non-medical reasons. FGM is a deeply rooted cultural practice that takes place in 28 countries across Africa and also Yemen, Iraq, Iran, Saudi Arabia, Malaysia and Sri Lanka.

This practice is illegal in the UK. It is also illegal to take a British citizen abroad for FGM, or to help someone trying to do this. Anyone who attempts to take a child out of the UK for FGM faces 14 years in prison. Female genital mutilation can also be referred to as ‘female circumcision’ or ‘female genital cutting.’

Severe pain, bleeding and wound infections are some of the immediate effects. Long term consequences can include:

Alison Byrne, specialist midwife for FGM at the Trust, highlights there are four types of FGM: “Clitoridectomy is the first type of FGM. This is partial or total removal of the clitoris. The second type is excision where part or all of the clitoris and the inner labia (lips that surround the vagina) is removed, with or without removal of the labia majora (larger outer lips).

“Infibulation is the third type. This is the narrowing of the vaginal opening by creating a seal, formed by cutting and repositioning the labia. Other harmful procedures to the female genitals is the final type of FGM. Procedures include: piercing, cutting, scraping and burning the area.”

Alison adds: “The African Well Women’s Service was launched by me and Teresa Ball in 2002 at the Trust. This is a midwifery led service and is one of only 14 across the UK. The service is there to help and support women both physically and psychologically who have suffered from FGM.”

For more information on female genital mutilation, visit the World Health Organisation website (www.who.int). You can also call the NSPCC’s FGM helpline on 0800 028 3550.