Twelve Days of Christmas – on the sixth day…

Home > Uncategorized > Twelve Days of Christmas – on the sixth day…

On the sixth day… 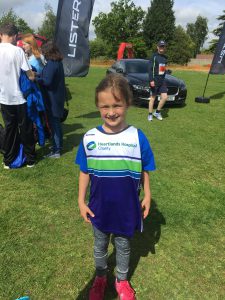 A six-year-old was one of our youngest fundraisers in 2017. Sophie Eagle pounded the pavement with fellow fun runners to raise hundreds of pounds for the hospital unit which saved her life.

Sophie, from Dorridge, ran the Knowle Fun Run and raised a staggering £350 for Heartlands Hospital Neonatal Unit, a fantastic achievement.

The keen runner was born in 2010 at just 31 weeks, and spent five weeks being looked after in the Neonatal Unit before she was strong enough to come home.

Becky Eagle, Sophie’s mum, is also not a stranger to donning the trainers in the name of charity having previously run half marathons and 10k races for other local charities which support premature babies, a cause close to her heart.