Which of your hospitals have on site kitchens? Solihull Hospital – Main Central Production Unit – preparation and cooking of patient meals for 3 sites using a cook chill method. Heartlands Hospital – End unit meal assembly and holding area for decanting of cook chill meals prior to delivery to wards delivered from Solihull CPU. […]

Which person or which group of people are responsible for making decisions on the formulary position of lipid/cholesterol lowering drugs? Initial review of any new drugs applications is undertaken by the Trust Medicines Assessment and Advisory Group. Should this group support the application, then for any drugs which would impact on primary care prescribing this […] 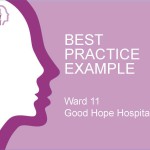 Ward 11 at Good Hope Hospital didn’t think of themselves as champions of the mental capacity act. But they have been recognised during a visit by Birmingham South Central Clinical Commissioning Group (CCG) for their good practice.  Lots of small changes have been made to build the autonomy, dignity and wellbeing of the patients on the […] 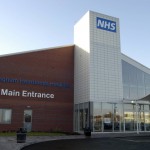 Doctors at Birmingham’s Heartlands Hospital have secured funding for two research projects that could transform the lives of patients with cystic fibrosis by allowing them to better monitor their own health and spend less time in hospital. The West Midlands Adult Cystic Fibrosis (CF) Centre at Heartlands, part of the Heart of England NHS Foundation […] 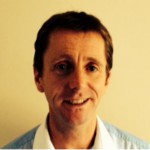 A former Birmingham critical care nurse who has gone on to use his experience to deliver improvements in management roles is looking forward to doing the same as he begins a new chapter in his career with the Heart of England NHS Foundation Trust. Pete Gordon (pictured left) will begin work at the Trust, which […]