Please provide a breakdown of nursing staff by pay band for each of the last five years. FOI 5038

Under the Freedom of Information Act 2000, I would like to request  information concerning  the usage, price and supplier of  surgical instruments. Please see attached document FOI4969 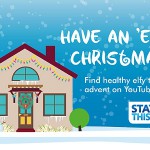 Have an ‘elfy Christmas!

Birmingham CrossCity Clinical Commissioning Group (CCG) has produced a series of videos about how to look after your health and where to get healthcare services during the winter. The series of videos feature a festive friend, Healthy Elfy to spread cheer and ‘elf advice on where to get help over the Christmas period. The videos demonstrate […]

Please state what your estimated annual spend is on electrical materials and associated products for the financial year 2015/2016. This might be against the agreement RM3747 – Building Materials and Associated Services, Lot 3 Electrical Where possible please state the suppliers you have bought from and the spend against them.   Please see attached spreadsheet. FOI4740