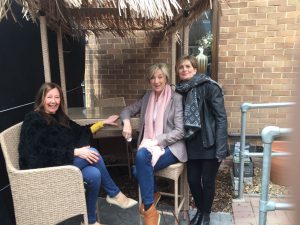 Breda Daly recently signed up to the pioneering project, which will improve medical knowledge of cancer and some rare diseases, potentially leading to diagnoses and improved treatments.

Breda was asked if she wanted to take part in the project during a pre-op appointment at Heartlands Hospital, part of University Hospitals Birmingham NHS Foundation Trust (UHB).

“When the nurses told me about the project, I was very happy to take part,” Breda said.

“I’ve had cancer three times in the last ten years, and two of my brothers died of it, so anything that could help doctors fight cancer is a great thing to be involved in.

“I’d also like to thank the NHS. The staff at Heartlands and Solihull Hospital have been absolutely marvellous, for all my appointments and surgeries.”

The WMGMC is made up of 16 NHS Trusts in the West Midlands, which are all currently recruiting.

The genetic make-up of patients’ cancerous tumours is compared to their own healthy blood, as variations between the two could improve knowledge about the causes of cancer, which may lead to the development of new personalised treatment and drugs.

Breda was recruited to the project by Genomics Nurse, Helen Shackleford.

“I’m really pleased to have recruited the 10,000th person to the project,” Helen commented.

“Thanks to people like Breda, who agree to have their genomes sequenced, we are now really improving our knowledge of how cancer works.”

Breda’s surgery was performed by Mr Richard Steyn, a cardiothoracic surgeon at Heartlands who is a strong advocate for the project.

The WMGMC is one of 13 centres across England, all of which are recruiting patients with certain cancers, as well as those with eligible rare diseases and their families.

The aim is to collect and sequence 100,000 whole genomes – complete sets of people’s genes – to improve doctors understanding of cancer and some rare diseases.

Nationally, over 50,000 Genomes have already been sequenced.