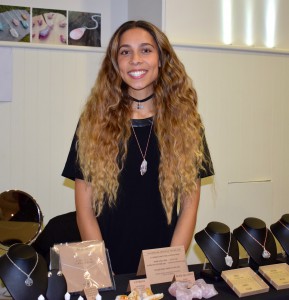 It’s Cervical Cancer Prevention Week this week (22 – 28 January) and a young woman from Castle Bromwich in Birmingham is urging women to attend their routine smear test, after surviving cervical cancer herself.

Sophie Rogers is now 25 but was just 22 when she went to see her GP after getting irregular bleeding between periods. Her GP was worried and referred her directly to Heartlands Hospital. Sophie had her appointment a week later, where she had a colposcopy (a simple hospital procedure used to look at the cervix) and the nurse specialist was concerned when she saw abnormalities during the investigation.

Sophie admits that she was scared when she could also see what looked like a tumour during the colposcopy on the screen and she was told that the cells might be cancerous or pre-cancerous and she was invited to see an oncologist at the hospital.

She had a biopsy and before her results were in, she begged the team looking after her to allow her to go on a holiday that had been booked months before. She spent a week in Barcelona and Paris, travelling with ‘little squidgy’ (an affectionately named pillow that she needed after the biopsy made sitting painful.)

When she returned from her break, Sophie was told that it was cancer. It was staged as 1b1 – which meant the cells were restricted to the cervix, but covered a large area. It was at this appointment that she met Julie Smith, gynaecology nurse specialist, who arranged the appointment with the specialist consultant.

The only sure way to remove all of the cancer, and give Sophie the best chance of survival, was to have a radical hysterectomy.

Sophie said: “I was 22 and hadn’t even considered having children yet – so when I was told that a radical hysterectomy was the best method of removing the cancer, but would mean that I wouldn’t be able to have children, I was devastated. I went from not thinking about it, to feeling like the choice was out of my hands.”

Sophie and her long-term boyfriend, Josh, were offered the option of fertility treatment and a cycle of treatment which led to 20 embryos being created and frozen for them to use in the future with the help of a surrogate.

With her fertility options left open, Sophie felt more comfortable about undergoing the six and a half an hour surgery to remove her womb, ovaries, cervix and 13 lymph nodes. Sophie spent six days in hospital initially but returned when she developed lymphoedema. As she had no lymph nodes around her surgery site, lymph fluid could not drain away and led to uncomfortable tissue swelling. She was quickly diagnosed and shown how massage could relieve the symptoms. She will have lymphoedema for the rest of her life, but has learned how to manage it.

Unfortunately the cancer cells had already spread to three of the 13 lymph nodes removed, so Sophie had to undergo a gruelling schedule of chemotherapy, radiotherapy and brachytherapy (internal radiotherapy).

“My body struggled to cope with all the treatment I needed”, she said. “I lost a lot of weight after my surgery and am still trying to put it back on even now. I was also having ‘hot flushes’ which were a symptom of sudden menopause and I’m now on long-term HRT. I felt tired and sick most of the time during chemo and didn’t manage to find an anti-sickness medication that suited me until near the end of my treatment.”

Perhaps surprisingly, Sophie credits her experience with cancer as being one of the best things to ever happen to her.

She explained: “Before I was diagnosed with cancer, I worked as a babywear designer for a supermarket clothing brand. I travelled quite a distance on the M6 to work each day. Having gone into that job straight from university I was determined to prove myself as a designer, so worked long hours to get ahead.

“However, having a break from work while I recovered, gave me plenty of time to think about what was really important to me. I attended relaxation, yoga and meditation sessions at the Cancer Support Centre in Sutton Coldfield, on the advice of my nurse Julie, and found it really helped my sense of wellbeing. I didn’t want to be as busy and stressed as I had been before I was diagnosed.”

“So I quit my job and began making my own crystal healing jewellery as a hobby. I now do it as a business and I couldn’t be happier. Due to my cancer diagnosis, I really appreciate how important my wellbeing and happiness is to my health. I now get to do what I love every day and I’m excited for the future.”

Sophie admits that she wouldn’t have been able to get through it all without the support of her boyfriend Josh, mum Jane, dad Tony and sister Hayley.

“I think it’s harder for those who are watching someone they love going through cancer treatment”, she said. “My family and friends have been amazing. The care I received at all the hospitals I was treated at, Heartlands, City, Queen Elizabeth and the Teenage Cancer Trust Young Persons Unit, was second to none and made it all a lot more bearable.

“I’d advise anyone who’s procrastinating about getting their smear test done, to please do it. Even if you’ve not been invited to have one yet, if you have symptoms that you are worried about, bleeding between periods, pain or you feel something has changed or just isn’t normal for you, see your GP. They can help you. You know your own body, so get it checked out.”

Julie Smith said: “I am delighted that Sophie has made a full recovery. She went through so much and throughout it all she remained positive, upbeat and made us all laugh a lot. I would love to think that Sophie will be become an advocate for the importance of attending for a cervical smear and encourage young women to go for this important test.

“It’s really important to stress that cervical screening is not a test to find cancer. It’s a screening test to detect changes to the cells of the cervix, which are called cervical abnormalities or precancer. Abnormal screening results rarely mean cancer, these cells will often normalise themselves – but the screening programme is the best way to pick up changes and keep an eye on them before they become cancerous.”