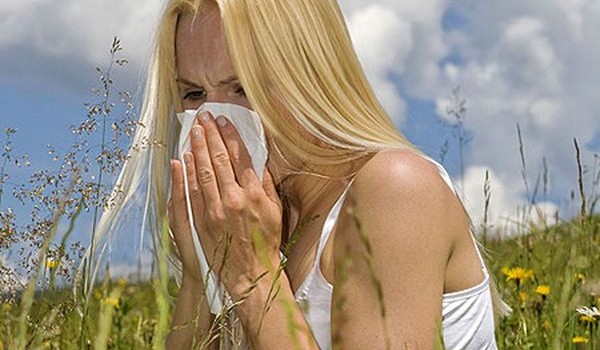 Did you know 25 per cent of the UK’s population have experienced hay fever symptoms and up to one in five people living in the UK have hay fever?

Also known as seasonal allergic rhinitis, hay fever is a type of allergy most commonly experienced in the summer months and mainly caused by grass pollen and tree pollen. The pollens that cause hay fever vary from person to person and in the majority of cases, symptoms of hay fever will be mild. For some though, having hay fever can make summer a misery and significantly affect concentration at work and at school.

So what are the key symptoms? Dr Aarnoud Huissoon, consultant immunologist at Heartlands Hospital, explains: “Having an itchy and runny nose, an itchy throat and frequent sneezing are the most common symptoms. Some patients may also experience chest symptoms including a dry cough, wheezing and chest tightness.  Other symptoms include headaches, earache and tiredness”.

“Across the Trust, we see between 150 to 200 patients every year with the condition. The immunology team runs assessment and treatment clinics to help patients who have hay fever, and we offer advice to patients on what treatments are available. The majority of patients respond well to antihistamine tablets, steroid nasal sprays and eye drops that are used to treat allergy symptoms.”

Dr Thirumala Krishna, consultant immunologist, adds: “For those who have severe hay fever, we can consider immunotherapy (de-sensitisation), a treatment that enables the immune system to develop tolerance to pollen. Immunotherapy has been shown to reduce the severity of symptoms and can be given to you as an injection into your skin or a tablet that dissolves under your tongue.

“In terms of hay fever prevention, before you go to bed, wash your hair so that any pollen in your hair does not get on the pillow and try wearing wraparound sunglasses to stop pollen getting into the eyes.

“Don’t smoke or let other people smoke inside your house. Smoking and breathing in other people’s smoke will irritate the lining of your nose, eyes, throat and airways, which can make your symptoms worse. If you are going outdoors, avoid walking in grassy areas, particularly in the early morning, evening and at night when pollen counts are at its highest.”

For more information about hay fever, please visit the Trust’s Allergy and Immunology website at http://allergyandimmunology.heartofengland.nhs.uk/