Emergency Departments at Heart of England NHS Foundation Trust have been recognised with a special award for their outstanding efforts following the dramatic floods which hit the adult and paediatric units back in June.

The Trust’s Building Healthier Lives Awards acknowledged those individuals and teams who have constantly gone that extra mile in caring for our patients or improving their experience at our hospitals over the past 12 months.

The ceremony, held at Tally Ho Conference Centre, was hosted by radio presenter Dave Clark and saw a range of awards presented to deserving staff who had been nominated through their role at Heartlands, Good Hope and Solihull hospitals, as well as Birmingham Chest Clinic and the Trust’s Community Services.

The final award of the night, presented by the Trust’s Interim Chief Executive Dame Julie Moore, was the Outstanding Achievement Award. It was given to the Trust’s Emergency Departments for their sterling efforts in keeping Heartlands running, and our patients safe, following torrential downpours in June which caused flooding in the Accident & Emergency Department.

Dame Julie said: “The response from the teams in our Emergency Departments to this major incident, which saw Heartlands A&E forced to close for a short period while work was carried out to clear the water, was absolutely tremendous.

“Staff worked tirelessly and in good humour to keep our patients safe and ensure we could get back up and running as soon as possible with only minor disruption. They deserve this award for all their hard work and for going beyond the call of duty during difficult circumstances.”

Dame Julie added: “I was delighted and honoured to present this year’s Building Healthier Lives Awards. It was an entertaining, fun and humbling evening. These awards recognise NHS staff, members and volunteers who make a real difference to the care provided at the Heart of England NHS Foundation Trust. 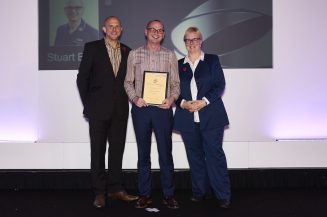 Pat Blythe – Governors Going Above and Beyond Award 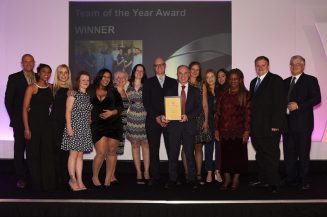 Interventional Radiology – Team of the Year 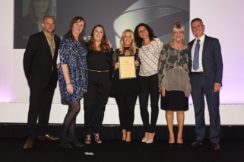 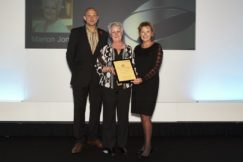 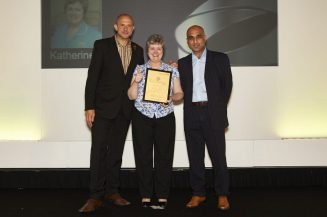