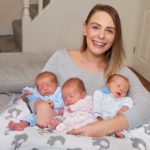 Laura Smith gave birth to the first set of triplets at Good Hope Hospital in over five years during August. Harry, Carter and Aria were born safely to proud parents Laura and Anthony after an eventful pregnancy. They were born just five weeks early and proved to be strong, if small, spending just 13 days on […] 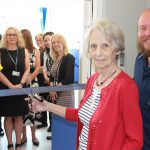 Patients, relatives, staff and visitors are set to benefit from significant investment totalling over £700,000 in transforming facilities at Good Hope Hospital. Good Hope is already benefiting from the opening of a new chemotherapy day unit this month following a £100,000 investment from Good Hope Charity with the support of Friends of Good Hope Hospital. […]