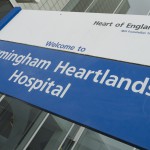 Following the busy Christmas period, the first Heart of England NHS Foundation Trust health seminar of 2014 will discuss stress, the sustained effects of stress, signs and symptoms and building resilience. Taking place Tuesday 21 January at 5pm in the Education Centre at Heartlands Hospital, the health seminar will include a presentation, providing tips and […] 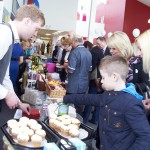 Our Hospitals need you!

Looking for a fresh start to 2014? Want to get some experience under your belt, and at the same time make a real difference? Heart of England NHS Foundation Trust is on the search for fundraising volunteers. The Trust is looking for dedicated volunteers to help with everything from bucket collections to research to managing […]

Hospital staff are taking a new approach to tackling delays in the emergency department this week by launching a new ‘breaking the cycle’ initiative. Bosses at Heart of England NHS Foundation Trust said flooding the wards with additional clinicians over a five day period should ensure all patients are admitted, treated and discharged to the […] 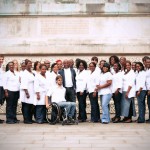 Heart of England NHS Foundation Trust and Solihull Sands (Stillbirth and Neonatal Death charity) will be holding a special ‘Snowdrop Service’ this Christmas, for parents and families to remember babies that have been lost during pregnancy or shortly after birth. The event will take place on Saturday 14 December at St Paul’s Church on Belchers […] 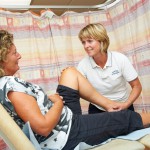 Patients in Birmingham are set to benefit from the introduction of a new self-referral scheme for physiotherapy, meaning patients can make an appointment with a physiotherapist without having to see a GP first. The scheme will help deliver a more efficient and streamlined service for patients, reducing waiting times and ensuring patients receive access to […] 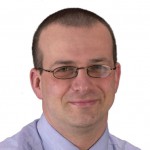 Stroke talk at Heartlands Hospital will discuss condition that affects more than 150,000 people

Locals will have the opportunity to learn about strokes in a talk at Heartlands Hospital, taking place on Tuesday 26 November. A stroke is a serious medical condition that occurs when the blood supply to part of the brain is cut off. More than 150,000 people suffer from a stroke each year in England and […]

A local dad has raised over £1,000 for Heartlands Hospital by climbing one of the highest mountains in Britain. Chris Jones from Chelmsley Wood, scaled all 1,085 metres of Mount Snowdon in Wales with two friends to raise a fantastic £1,220 to buy toys for the Children’s ward. Chris said: “My son Kyle was on […]

Tuesday 12 November 2013 Response to Dispatches, Channel 4, from Dr Mark Newbold, Chief Executive for Heart of England NHS Foundation Trust: Firstly, I would like to re-emphasise that, on behalf of the Trust, I very much regret what has happened to so many women, and our thoughts are with them and their families. We […]

The bereavement services team at Heartlands Hospital has won the prestigious ‘Best Hospital Care’ award at the 2013 Butterfly Awards, having cared for more than 1,600 families in Birmingham which have experienced the loss of a baby. The Butterfly Awards celebrate the achievements of the healthcare professionals that support families during this difficult time. Established […]

CQC Listening Events: “Tell us about your care”

The CQC is the independent regulator of all health and social care in England. We have been given powers by the government to register, monitor and inspect all health and care services. The Care Quality Commission (CQC) will soon carry out an inspection at Heart of England NHS Foundation Trust, which covers Birmingham Heartlands Hospital, Solihull Hospital […]