Katie is an emergency medicine consultant, dual accredited in paediatric emergency medicine, and the co-lead for the children’s emergency department at Heartlands Hospital. She has been a consultant in the ED here for three and a half years. This was her first consultant post after previously working as a registrar. She was born in Selly […] 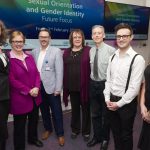 The Trust held its first LGBT conference this month, exploring sexual orientation and gender identity. The day was a huge success with over 120 people attending, including Trust staff and guests from partner organisations. Dame Julie Moore, Interim Chief Executive, was our first speaker. She told her story of being out and a woman in […] 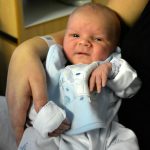 Katrina Jones welcomed her new son into the world at 12.02am on 1 January at Heartlands Hospital, making George Jake Rowland the first baby to be born in 2018 at Heart of England NHS Foundation Trust. George is 30-year-old Katrina’s first baby and her partner Keith was there to support her throughout the birth. George […] 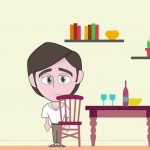 Heart of England NHS Foundation Trust has launched an innovative new tool to communicate vital advice which is hoped will help sufferers of back pain and reduce the need for hospital treatment. The Trust, which runs Heartlands, Good Hope and Solihull hospitals as well as community services in Solihull, has developed an animated video which […]