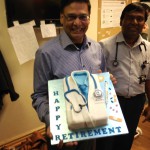 A new granddad who has worked in the NHS for over 40 years as an emergency doctor has been given a fond farewell by his colleagues as he hangs up his stethoscope for the final time. Dr Kishore Gupta, originally from India, began working in the NHS back in 1974 and after a spell working […]

Lung patients to act as ‘buddies’ to help others through rehab

Following the success of an innovative rehabilitation programme for patients with lung diseases at Solihull Hospital, many who have benefited from these sessions will be returning to act as ‘buddies’ to help new patients. Pulmonary rehabilitation is a combination of exercise and education for people with long-term lung conditions, provided by Heart of England NHS […]

A member of staff at Heart of England NHS Foundation Trust and volunteers from the Lingard House ‘knit and natter’ group in Walmley are putting their craft skills to the test by making twiddle muffs for patients with dementia. And they are looking for donations of wool, buttons and ribbons to help them. Twiddle muffs […] 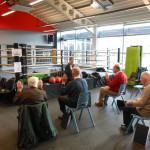 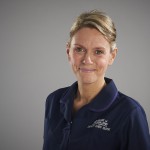 A Midlands hospital trust has recorded a significant reduction in falls following the introduction of an open visiting policy across all of its hospitals last year. Open visiting was introduced by Heart of England NHS Foundation Trust, which runs Heartlands, Good Hope and Solihull Hospitals, in April 2015 to help aid recovery for patients and […] 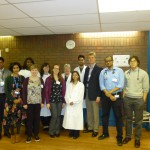 Medics from Heartlands Hospital brought to life for students what it is like working in a hospital laboratory during a recent school roadshow. A group of 40 year eight pupils from Ninestiles School – An Academy were surprised to find a hospital clinic and virtual laboratory mocked up at their school to provide a realistic […] 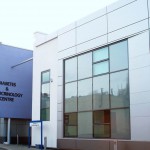 With recent figures showing that the number of people in Birmingham with diabetes is on the increase, medic Dr Srikanth Bellary urges locals to look at how they can reduce the risk of developing Type 2 diabetes, the most common form of the condition which has subtle, barely noticeable symptoms. The figures, released by charity […] 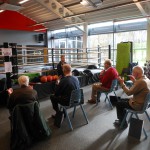 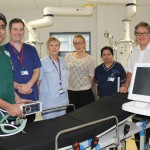 Critical care and emergency department teams at Heart of England NHS Foundation Trust are benefiting from equipment worth £50,000 to help stabilise, monitor and safely transfer patients for transplants. The equipment includes three new purpose-built critical care transfer trolleys and four new ventilators, including one ‘high tech’ portable one. Each transfer trolley is a ‘mini […]